Bethesda, MD WW/Press/May 15, 2017 –  Yoichiro Ito, M.D., Senior Investigator at the Laboratory of Bioseparation Technology with National Heart, Lung, and Blood Institute was selected for inclusion in the forthcoming Top Doctor of North America 2017 edition of The Who’s Who Directories.

The accomplishments and achievements attained by Dr. Yoichiro Ito M.D., in the field of Pathology with National Heart, Lung, and Blood Institute warrants his inclusion into The Top Doctor of North of America. Dr. Yoichiro Ito serves as a Senior Scientist, Laboratory of Bioseparations Technology, for the National Heart, Lung and Blood Institute and has been with the Institute since 1968 when he was a visiting scientist. Dr. Ito’s primary interest is in inventing methods of isolating, purifying, or analyzing materials of biomedical interest—including cells, macromolecules, and small molecular weight compounds—by means of counter-current chromatography and elutriation. Additionally he holds patents for coil plant centrifuge, which formed the bases of Dr. Ito’s work. This technique can be used for the separation of intact cells, glycoproteins, proteins, peptides, DNA, RNA, and natural products. It exploits the hydrodynamic behavior of two immiscible solvents (for example, butanol and water) in a rotating coiled tube. It combines attributes of two classical partition methods—counter-current distribution and liquid-liquid partition chromatography—while avoiding the pitfalls of both. Since his initial publication on counter-current chromatography in Science in 1970, the technology has been universally adopted. A biennial International Conference on Countercurrent Chromatography has continued to grow since its inception in 2000.

Yoichiro Ito graduated from Osaka City University Medical School in Osaka, Japan, in 1958. He was a resident in pathology at Cleveland Metropolitan General Hospital in Cleveland and the Michael Reese Hospital in Chicago before returning to Osaka to work as an instructor in the Department of Physiology at Osaka City University Medical School. In Medical School, Dr. Ito took an interest in Lymphocytes. Curious to analyze the function of these blood cells, he found that he could not separate the subtypes by centrifugation in a test tube; the sedimentation distances were too short. In an effort to increase this distance, he created the coil planet centrifuge, published in Nature in 1966. Soon after, he created a rotary seal-free centrifuge device for blood to limit the damage to platelets caused by the commonly used rotary seal. His device was patented and commercialized, and more than 30,000 are now operating around the world. Dr. Ito continues to develop and refine chromatographic methods for separating biological molecules to this day. Recently, he has worked on centrifugal precipitation chromatography for the separation of analytes according to their solubility in ammonium sulfate. In this technique, a pair of long spiral channels partitioned by a semipermeable membrane forms the basis of the separation column, with ammonium sulfate eluted through one channel and water eluted through the other in the opposite direction. This technique highlights Dr. Ito’s ability to advance the field of chromatography by combining innovative device design with a deep understanding of fluid dynamics.He received the FLC Mid-Atlantic Region’s award for Excellence in Technology Transfer for high-speed countercurrent chromatography in 2010. 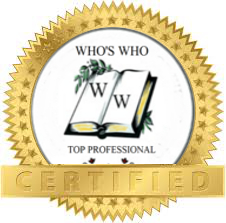