The accomplishments attained by Frank S. Alvarez in the field of cultural television broadcast services warrants inclusion into the Top Professionals of North America. 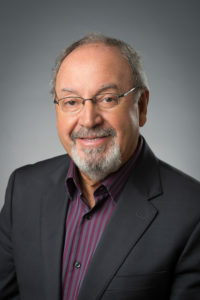 Mr. Alvarez received his education from George Brown College, TV Production Course ,Canada; and a Hotel Management course in Lisbon, Portugal. He was a Member of the Board, “Toronto 2008 Olympic Bid Committee”; Past Executive Director & Founder of the Canada-Portugal Chamber of Commerce; Executive Director of SottoMayor Bank of Canada, 1991-1994; Member of the Committee of the Federal Business Development Bank; Director of the Doctor’s Hospital Corporation; Vice President & Founder of “Vila Gaspar Corte Real”,; President of “Imagens Magazine”; President of Federation of Portuguese Canadian Business and Professionals; Member of the SkyDome Advisory Committee; Board member of the Innovation Ontario Corporation; Member of the Advisory Committee of the Portuguese Canadian Youth Camp; President, IC Savings Community’s Advisory Board “Fundo de Apoio.”

Mr. Alvarez was honored with the Queen Elizabeth II Diamond Jubilee Medal; The Toronto Crime Stoppers Award; Award for ongoing professionalism and commitment to serving the Indian Community; Acapo/Portuguese Community Merit Award; June, 2010, the City of Toronto presented “Frank Alvarez Way”, a designation naming a street “Frank Alvarez Way” ; Commended by the President of Portugal with the honorary title of “Comendador da Ordem de Merito” (Order of Portugal); Award of Merit from the Honourable Michael D. Harris, Premier of the government of Ontario; Canadian Ethnic Journalists and Writer’s Club Award; Awarded the Key to the City of Toronto; Certificate of Merit; Received the Commemorative Medal for the 125th Anniversary of the Canadian Confederation; Metropolitan Toronto Soccer Centennial Award; The Canadian Red Cross Society Commendation; Has received many certificates of recognition from different organizations for all the support given along the years, to different fundraising and charity initiatives and projects; in September 2009, Mr. Alvarez was inducted into the Hall of Fame for Distinguished Accomplishments in the Award of Merit Comendador of Portugal by the authority of the American Biographical Institute for dedication and efforts that have left an indelibile mark on the lives of others.

Mr. Alvarez is married to Dolores with two children: Carm & Frank, Jr. and they have four grandchilden.